On February 27th, the all-around competition “Let’s do it, guys!” took place in the sports school № 2, in order to preserve the memory of the FSB major Viktor Vorontsov, who died in 1996 in Dagestan during the demining of the village Pervomaisky.

Our fellow countryman, the Hero of Russia, was posthumously awarded with the Order of Courage for being courageous and brave during the rescue operation, as well as committing bold and decisive actions in the line of duty. Many years have passed, but his feat is still remembered and all generations are proud of it. 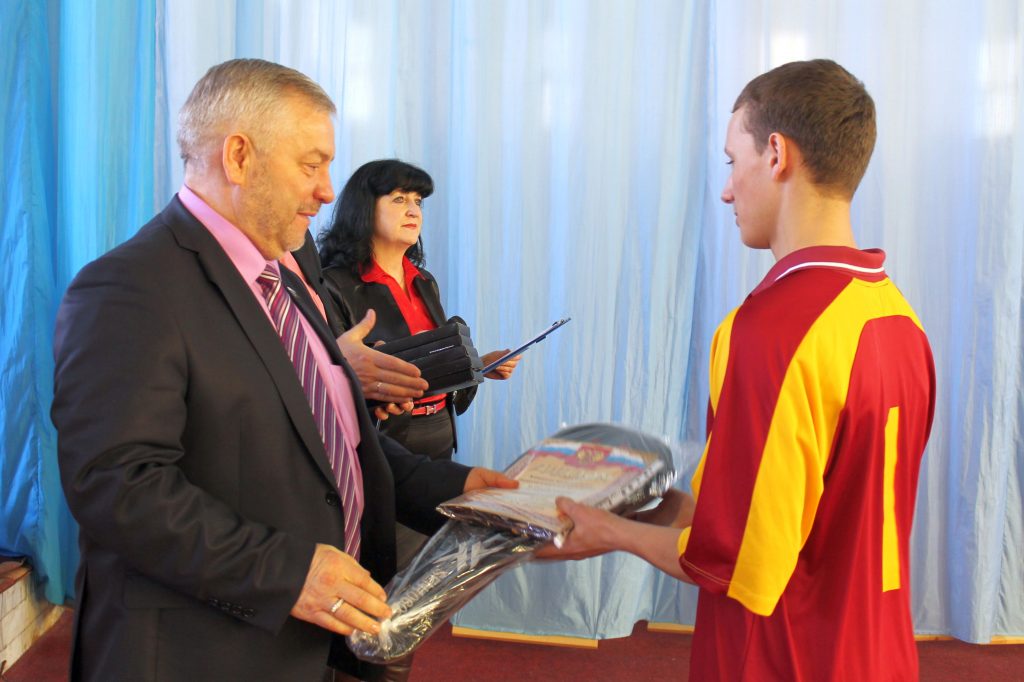 The competition “Let’s do it, guys!” has been held for more than 20 years. In the mid-90s, its staging was suspended, and probably would not have started again, but the initiative of the founder of the charitable foundation “Kindness”, the deputy of the City Duma, Alexander Alekseevich Zhukov, could breathe life into it again. “Both staging of sports competitions in honor of the country’s heroes and love for sports teach the youth to be patriotic and proud for their country» said the organizer. – From an early age, boys should understand that they are future defenders of the Fatherland, who will be responsible for the future of the country. Such events aid their physical and spiritual development “.

13 teams of different schools have taken part in the competition this year. Boys competed in weight- lifting, reassembling of the AK-47, chin-ups, standing long- jumps and shooting from a standing position.

In an attempt to break their own records and to become the first, boys did their level best. Everybody got their prizes. The most persistent ones were the pupils of gymnasium №1, who became the first and got the Competition Cup. The second place went to school №51 and the third place took the team of gymnasium №6. All participants were awarded with diplomas, sweets, watches, badminton kits and footballs. The winners were given medals and cakes.

“Let’s do it, guys!” competition has given a chance for boys to demonstrate their abilities and talents in full measure and for organizers to remind pupils about heroism of Russian people by the feat of V. Vorontsov, which are the great examples of bravery and courage for the youth.