Judo competition has been held in Voronezh

The Opening of Art School for Young and Old

The competition was held at school №98 last week. Several dozens of beginners took part in demonstration performances. Not only their parents but also representatives of the charitable fund “Kindness”, that took part in the organization, came to support the children.
Among all participants there is a beginner judoist Sasha Zhukova, a daughter of the Deputy of the Voronezh City Duma and the permanent head of fund “Kindness” Alexander Zhukov.
Sasha has done judo for two years. She said she liked it very much and it was worth trying. 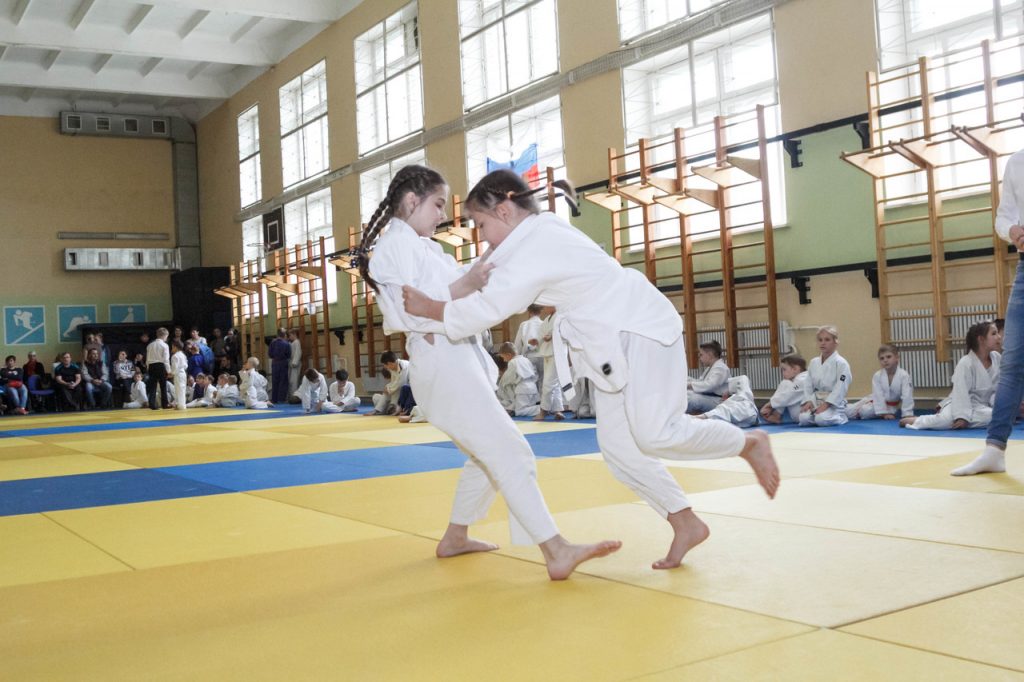 Indeed, during the competition, the girls show good skills. Judo teaches courage and discipline, endurance, ability to listen to others.
A huge role in achieving success is played by the couches. Among the mentors of students of school 98 there are Champions of Russia, winners of a number of regional and national competitions.
A coach is not just a mentor for young athletes, but also an elder brother who can help tie a snow-white kimono, give instructions before the fight, and support after an unsuccessful match.
The performances, even if they are demonstrative, are very important for the children: to demonstrate what they have achieved over the past year, to show that they are the best.

The competition took hours to find out who the winner was. Three age groups competed.
As a result in each age group, in each weight category there were the winners who took the first place and children, who won the second and third places.
After the competition, the guys make a lap of honor, thus thanking the audience who came to support them, and the audience, in turn, thank the athletes. After the ceremony, the children have a party. But trainings haven’t stopped: some athletes will go to summer camp, some will train with parents, elder brothers and sisters, and judo as it becomes clear, is also a family sport.
– Dima, I want to be like you, – says a little brother – I will be strong as you!