Counter-drug Forum has been held in Voronezh 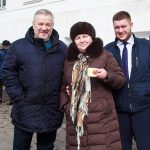 The Celebration of Maslenitsa in Bobrovsk 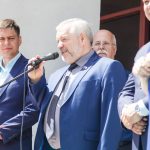 The Opening of Art School for Young and Old
НОВОСТИ
Counter-drug Forum has been held in Voronezh
Tuesday April 4th, 2017

The founder of the charity fund “Dobrota”, Deputy of the city Duma Alexander Zhukov took part in the round table discussion “Resocialization and social adaptation, problems and solutions”.
The second Counter-drug forum “We choose life!” of Central Chernozem was held near Voronezh in the sanatorium “Don” from March 31 to April 1. The organizers were “Youth Center of Support of Social Initiatives “Mayak”. The two-day event was attended by more than two hundred people, including representatives of rehabilitation centers, experts in narcology, psychologists, representatives of government agencies, musicians and people who somehow faced the problems of drug addiction and alcohol dependency.
It seems that the era of drugs is slowly but surely disappearing. The main character of the cult drama “On the needle”, in a remake of the picture finally chooses life, not heroin. And the new generation is not very interested in drugs, preferring sports to drugs and clean water to alcohol. But problem still exists. 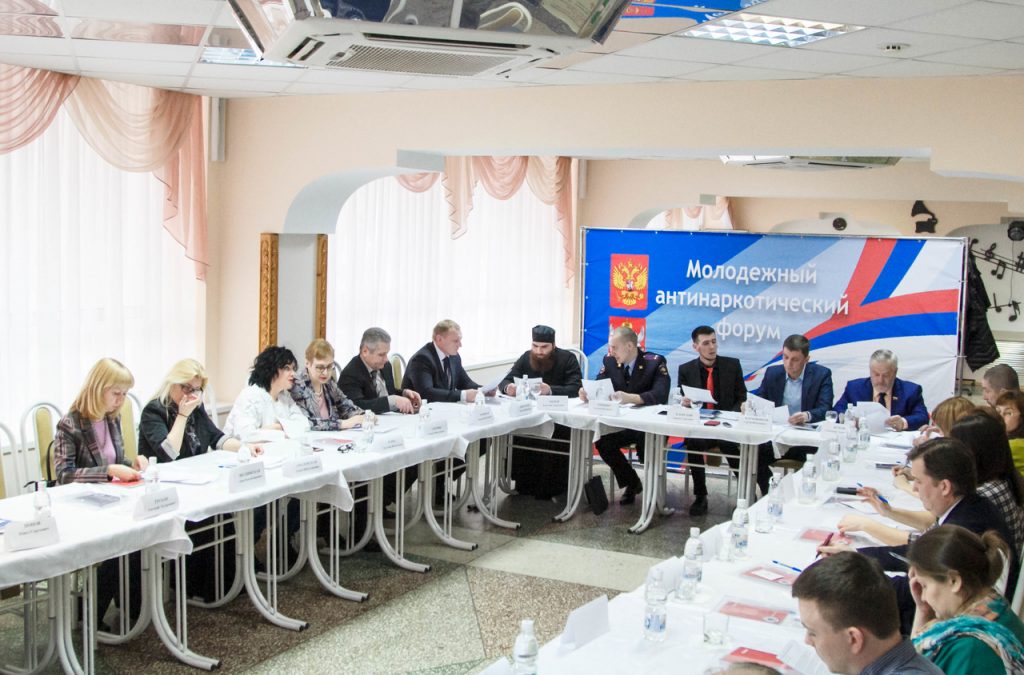 The counter-drug movement has been promoted recently, but it is still necessary to take more measures. We need to catch up the rest of the world: to learn their experience and to use successful techniques in the Russian realities. A platform on which people work in this sphere should meet periodically which is necessary in order to gain the greatest efficiency. One of them should be the Voronezh forum.
—The forum is held for the second time, — says the organizer of the event Andrew Blonsky, — the first was held in autumn. In fact, I would like to arrange such meetings every three months. This issue is extremely hot; we cannot let our country fade. We will try to draw attention of specialists to this problem, to cooperate more closely and actively with representatives of state structures that would help to promote initiatives at a higher level. This format of meetings allows us to bring together people who are really not indifferent, who are ready not only to discuss problems, but also to find ways to solve them.
This year the conference is really much bigger than the previous one. There are over two hundred participants at the forum. Some of them are wards of the youth rehabilitation center “Mayak”, which are now in the process of finding ways to get rid of addiction.
— One of our main tasks for today is to motivate those who are now undergoing rehabilitation, — says Andrey Blonsky. – Now on the territory of the complex there are more than 60 people, there are therapeutic groups, concerts, sports competitions for them. Such events make them realize that life without drugs is much more interesting than under the influence of chemistry. 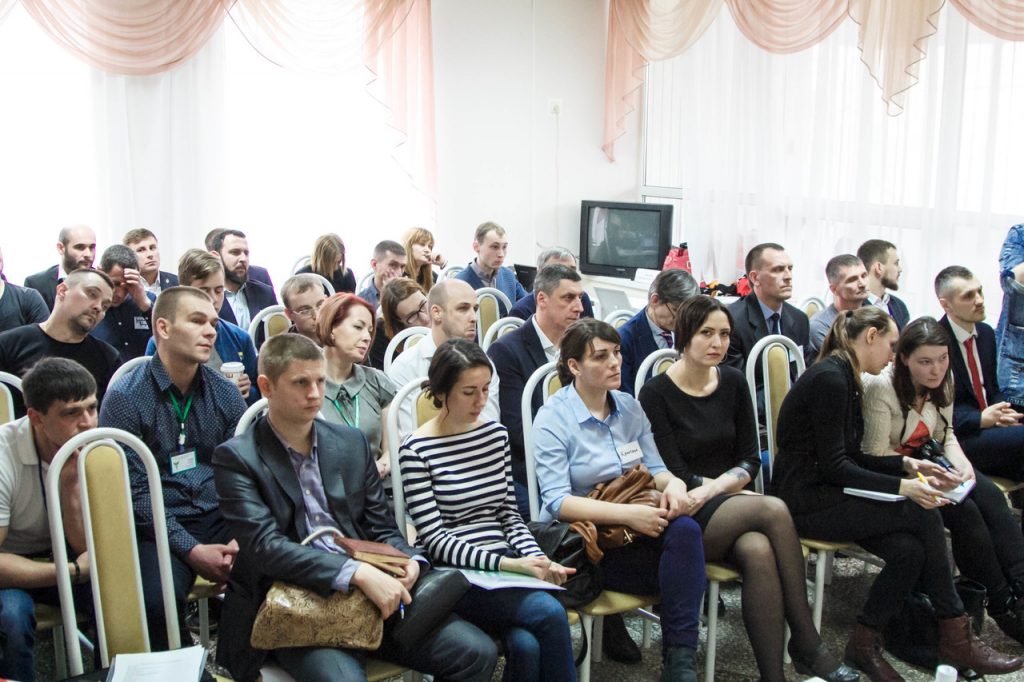 Children have presented the motivational and creative program, in cooperation with the representatives of “Mayak”. There were various activities such as panel games, a beauty contest with the curators of the leading salons of the city and boxing tournament. Sport, as practice shows, is a very strong motivator. Therefore today among special guests are the champion of Russia and the world in kickboxing Vadim Chasovskikh, the champion of Russia and the owner of a title of the champion of PABA and WBO oriental professional boxer Andrey Knyazev, the champion of Russia in Boxing Artur Osipov and many others.
The musicians also took part in the forum. There were performances of Maria Makarova (soloist of group “Masha and Bears”), singer Svetlana Roerich and Helena Amazon (Voronezh cover band “Rok Forsazh”).
While the participants were communicating with psychologists and drug treatment specialists, organizers were having a round table discussion “Resocialization and social adaptation, problems and solutions”.
They discussed different methods of treatment (for example, substitution therapy, which has become widespread in the West, but it is harshly criticized by Voronezh experts), and further resocialization. It is important to understand: “to get off the needle” alone is incredibly difficult, but it is even more difficult not to be hooked again.
— What once seemed like youthful fun, almost ruined my life, — sadly smiled one of the participants. – My family, my relatives suffered from it. I don’t want anyone to go through with this. 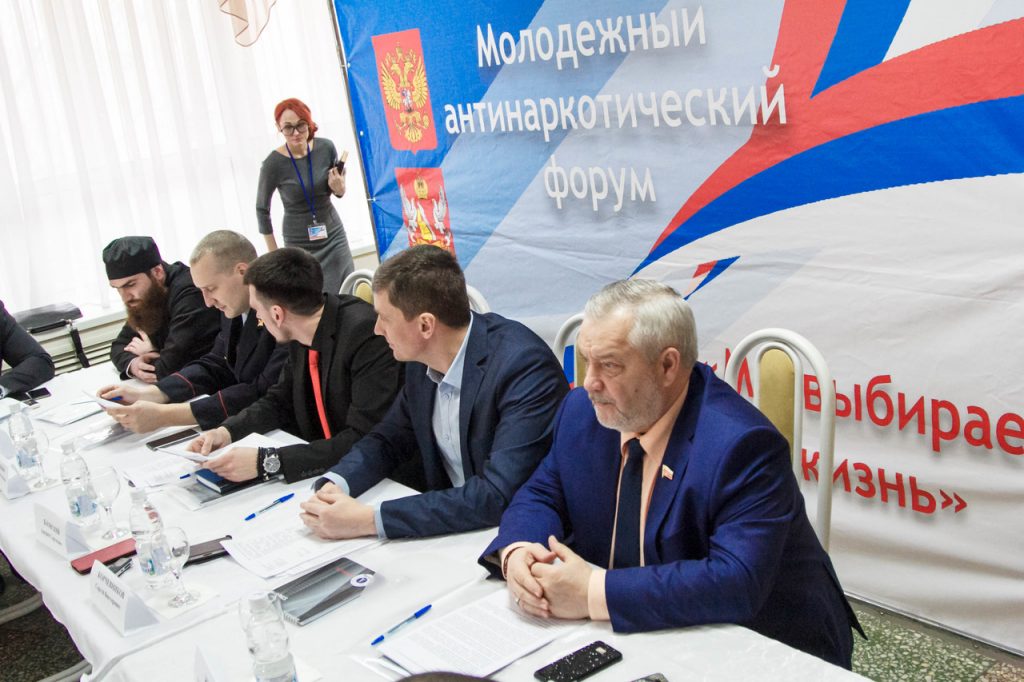 The foundation “Dobrota” has been actively involved in activities aimed at combating drug addiction and alcoholism for many years. The head of the Fund Alexander Zhukov notes that we shouldn’t be indifferent to addicted people. It is important to learn how to help in order the temptation does not arise again.
Therefore, the work on this issue can be divided into three streams. First of all, it is necessary to promote a healthy lifestyle among the younger generation, so that children do not want to try “something” to “enhance the sensations”. It is vital to propagandize for creativity, for development, for real emotions. Secondly, it is necessary to organize work with those who want to recover and those who still do not understand their problem.
Experts say the danger of becoming addicted begins with the first use. Many people think that they can try and then give up, but once is enough. But more often it happens that once under dependence, a person just does not have time to ask for help.
And the third stream should be the socialization of the recovered and their adaptation in a healthy society. It is very easy to say that people are to blame for all their troubles and “non-acceptance” by society. But life is worth fighting for. The forum participants are ready work actively on solving the problems of alcohol and drug dependence, to fight for a healthy and sober nation.